Role of Android App Development in Your Business Success

Now a days in this digital age, smartphones have become the integral part of all of the people’s lives on earth. Due to huge popularity of smartphones, mobile apps which run on them have also become immensely popular. The most popular mobile app development platforms are Android, iOS and Windows. Google’s Android OS has grown rapidly and currently holds more than 85% global market share. Hence most of the enterprises and businesses are adopting Android to build their custom apps to boost their revenues and attain business growth. 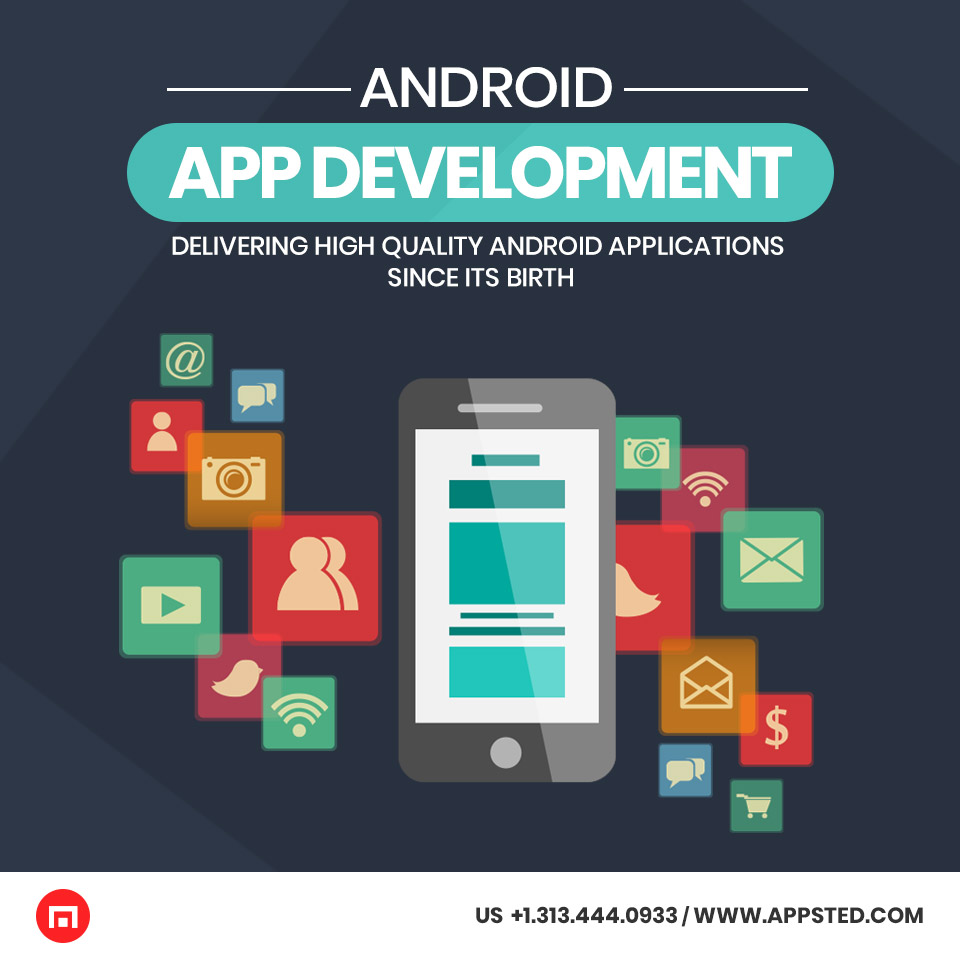 These are the reasons why Android Apps Development is becoming more and more popular. Basically Android is a free and an open source platform built on Linux kernel. Android is an open source solution for mobile devices and offers a complete stack including the operating system, middleware and key mobile applications. Android is fast, scalable and gives high performance. Now we will discuss some of the advantages of Android app development which brings success to your business.

The Android platform is open source which means that Android application can be created using Android Studio and Android Software development kit (SDK) without having to worry about the licensing costs. There is a huge Android community which interacts regularly with each other and also gives the information about the future versions of Android which will be launched soon. These benefits make Android very attractive for the businesses, smartphone manufacturers and wireless operators, resulting in rapid development of the Android applications.

Android apps are Easy to Create

Most of the Android App Developers find it easy to create and build Android apps. Android apps are programmed in Java programming language that has a rich set of libraries. Any developer which knows Java can build the Android Applications easily. Most of the Java experts find it easier to write apps for Android as compared to other programmers which know other programming languages.

Android has very low barrier to entry. Android Development Studio, an IDE and its Software Development Kit (SDK) are available for free for the developers which make the development cost very low. Developers are needed to pay only one time registration free for mobile app distribution. After that they can use any computer device to build and test the product on their smartphones making sure investment is low and engagement among the users is more. Finally, the users get an interactive mobile app and the business gets higher return on investment (ROI).

A user interface is very important for the success of the App. Android based apps are highly customizable and easy to manage. Google is pushing to make the Android apps user interface customizable to help the developers create custom Android apps for successful businesses. As Android is open source hence it allows the developers to turn their creative ideas into reality and build highly innovative and interactive mobile apps. Android offers various customization options and even the data management functions and multimedia tools can be easily updated to the Android app.

There is no doubt that Android offers so many features and benefits which make sure that you will get success in your business if it will use the newly developed Android app. Android is backed by strong research team of Google and is open source, customizable, scalable and offers great IDE, Android Studio to build the Android apps. All of these features of Android makes it a must for any business which wants to reach huge number of people who are using Android smartphones all over the world.

Appsted Ltd. is a prominent app development company across the world. If you're seeking to hire Android app developers for robust, cost-effective and scalable Android mobile app solution, then Appsted is the one stop solution for you. We execute projects on a defined strategy which helps you take bigger leaps towards unbridled growth.