What you Need to Know About Mobile Payments 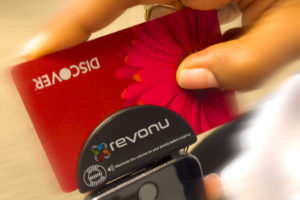 Like any new technology, mobile payments might seem a bit complicated. Don’t worry, we’re covering what you need to know about the latest mobile payment technologies— without all the technical jargon.

How do mobile payments work?

Samsung Pay is different than Apple and Android pay because it involves MST technology. MST stands for “Magnetic Secure Transmission” and interacts with a terminal just like the magnetic strip on your card.

Both of these technologies allow your phone to internally store your payment info and to communicate with a terminal in order to authorize the transaction.

Yes. In general, today’s mobile payments are secure. Your card information is encrypted in your phone to combat fraudsters. Essentially, your phone holds a virtual card—a decoy that you use to make payments. Unlike a physical card, your financial information (i.e. your name and card number) is not directly used.

Here’s a few tips to make your mobile wallet even more secure:

Apple and Android Pay are not yet widely accepted in stores due to the fact that this technology is relatively unknown to consumers.

Have more questions about mobile payments, or wireless terminals, our customer services representatives will be happy to help- just call us at 1(800)317- 1819!

Latest posts by COCARD (see all)

Business-To-Business Rankings Based on Reviews & Sentiment.

Our rankings are completely independent, transparent, and community driven; they are based on user reviews and client sentiment. These business-to-business companies had to earn their way up and didn't just pay their way up.

View Rankings of The Best Business-To-Business