Native Apps, Why Is It The Future?

The debate as to which is better native or hybrid has been the top talks of the town for so long. Both of them have their dual sides and each developer has their own take on both. Well, not to get into the debate as to which one’s better native or hybrid, it all depends on the type of app customer intends to develop. Keeping in consideration the flexibility of multiple platforms, the end result always comes on the side of web based apps which need to be coded just once but can run on both the platform Android and IOS with the need of just lowest need of alteration. 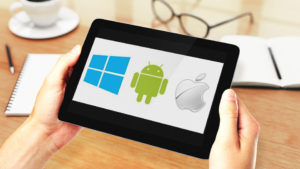 Well, seems like a miracle but with the advent of cross-platform app development tools and native apps, the market for Android and iPhone application development that needs to be written just once and can run on different platforms. The mobile you opt should be such that can be used by the general public for consumption that can be possible with native apps. It’s always a wise choice on the part of the developer to build their app on the native platform despite choosing the lowest common denominator way.

What is native app development?

There is a general understanding that for a mobile app to be considered as native, it has to be executed directly within OS for which it was originally written. The apps that are built these days are basically for two platforms only IOS and Android and why to waste time in writing the same app twice for two different platforms when it can be done in just one shot via native apps. If a cross-platform kit is not something that developers want to opt for then the app can be developed by making use of native programming language along with using the development tools accompanying with user interface guidelines meant specifically for the platform. If you consider Apple product then the languages being used are Swift or Objective C. If it is for Android then the language to be used for developing a native app would be Java.

Another form to express native app is that it’s a directly downloadable app package which can be installed and also run wholly and solely on the platform for which it was intended to make. In the case of Android, the file would be .APP and in the case of IOS the file will be .APK. iPhone or Android app development can be considered as fully native when it has full access to capacities of the native hardware platform. This will come on its own when there is a chance of directly writing to IOS and Android through their APIs but it may differ if the environment is using a transparent layer to native run code.

Well, it’s blatant that you are quite aware of what’s native mobile app, now let’s make you aware with some of the pros of developing it.

1) When mobile apps are built by using the native platform and the interface elements thereon, it will adhere properly to the UI guidelines and the visual impact and the user experience that it entails is better. The UI guidelines also incorporate conventions relating to the app behavior which will make the apps user interaction very smooth.

2) Native apps will basically have a total access to the API of the platform which will allow them to have direct access to each and every platform specific abilities, making the inclusion of the embedded hardware, specialized UI libraries and also peripherals. These apps can have a direct access to your smartphone’s USB, GPS, networking hardware and cameras.

3) If you want your app to get the highest runtime performance, then these apps are the best as they are written in standard languages of the platform by using a local toolkit. One of the other pros is that they are compiled in a way that they can run directly on any hardware without the intervention of any abstract layers. Native apps that are built making use of nonstandard tools and languages, but with native abstraction layers will be functioning as effectively and efficiently as that of the standard native app. Well, the speed and functionality entirely depend on how efficiently is the abstraction layer built.