How Much Would it Cost to Build Messaging App like Snapchat?

The cost to build an like Snapchat is an intriguing question for many. We break down the chunk into details in this writeup.

With more than 100 Million users ‘snapping’ more than 400 Million snaps a day, Snapchat is nothing but a habit for many. That app is so addictive for many that it has become an involuntary habit than an obsession.

On the outset, the company calls is a messaging service. But, it is not just messaging that makes Snapchat. Photos + Videos + Messaging on short easy to create and easy to digest quantities is what makes Snapchat is a habitual app.

Is Snapchat & WhatsApp the Same?

Both the apps have serious similarities, but neither of them are replaceable with one another.

Response Time: Snapchat posts have a limited validity. They vanish or self-destruct after a short period of time. But, in WhatsApp the conversations and media remain until the user deletes it.

The recent WhatsApp stories is the only difference. They expire after 24 hours. The same with Instagram stories. WhatsApp and Instagram are owned by Facebook – archrival to Snapchat. 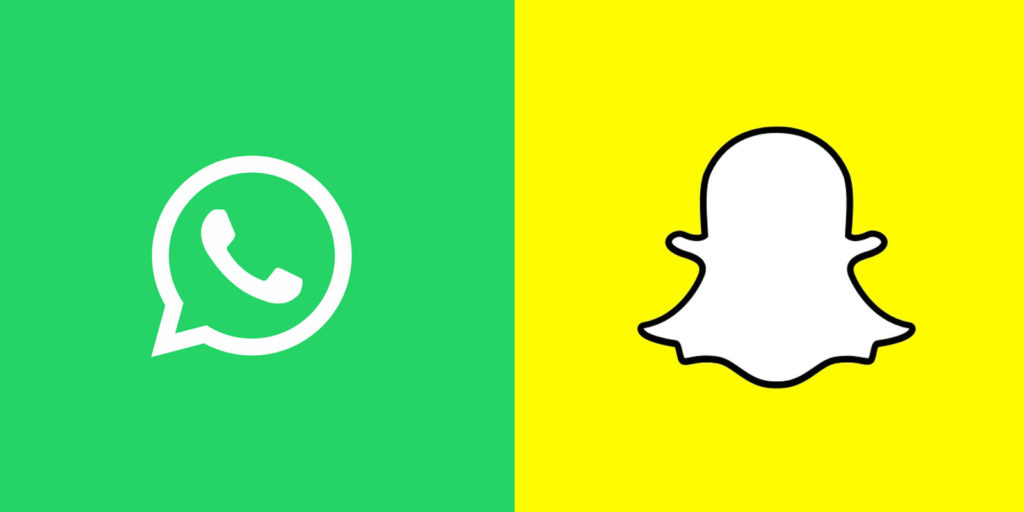 Snapchat is a hip platform used by a larger proportion of the global millennial population. It has also evolved as a ripe platform for brands to engage with their customers easily. Snapchat’s attention winning and response seeking character is what makes it an ideal choice for marketing.

Snapchat arms businesses with the tools for effective marketing. It has a good storytelling character, it speaks the visual language that appeals to user and most importantly it is disruptive! It is nothing like ever before. That has opened the floodgates for businesses to market themselves using a similar app like Snapchat.

How Much Does it Cost to Build a Messaging App like WhatsApp or Snapchat?

The cost of developing a chat app like WhatsApp or Snapchat has several conditions attached to it. To begin with, there are no readymade APIs available right now. It is only during the recent months that Snapchat released an API, but that again is used to automate marketing and not to build a replica of the app as such.

That said, cost of creating an chat app like whatsapp or Snapchat needs three main aspects:

These are the three main ingredients that you will need to develop a chat app like snapchat.

Now, let us break down into details how much each of these ingredients will cost to develop and integrate to build messaging app like Snapchat.

You will need a backend development team consisting of UI/UX designer, developers with knowledge in Android/iOS/Java/Python.

Let’s assume that the cost to hire developers will work out around $25 USD per hour.

There are several third party integrations available in the market that mediate the media sharing functionality like in Snapchat. Additionally you will also be needing third-party streaming service providers to take care of video streaming.

It is safe to assume that the cost will work out to $45 USD per hour.

Although Snapchat and WhatsApp has its stories stored only for a limited period of time, still considering the volume of media that is exchanged on a single day and at any given point of time, it is necessary to have adequate media hosting capacity, something similar to provided by Amazon, CDN, RDS, etc.

Furthermore, the cost to make an app like snapchat will again vary depending on additional customizations and utilities integrated into it.

However, there are other factors like additional customizations to be considered before arriving at the total cost to develop a chat app like whatsapp, snapchat.

We suggest having a direct convo with a chat app builder to have a definite cost estimate.