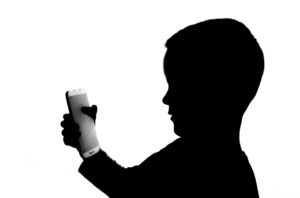 At present, mobile Game Apps is being used worldwide, the best way to kill your time. It increases our creativity and adds fun, joy in our life. The Kid’s favorite zone is to play games. It is increasing day by day and due to its popularity new games are coming in front of us with new features and designs. In games, design plays a vital role because a good quality graphics increase attraction and make it more meaningful. Now a day’s new and different kind of specific mobile games App is introducing and people are craving it for more. As technology is becoming advance, people are demanding new and advanced features in Games so they can spend more times on it. So according to the growing demand of mobile games, Apps are being developed on all platforms like Android, IOS and windows. People are too much liking mobile games, you can assume statistics of downloading mobile games on the App store, many games App has millions downloaded and its number is increasing. Some famous mobile gaming Apps are like Temple Run, Angry Bird and Candy Crash. Angry Bird is a special mobile Game, company that developed it was in too much loss, but when they introduce new games as Angry Bird then within a few days its revenue was 400 times and it’s stable again that company. So serving a new concept, attracting features and high quality graphics, you can present a people loving App. So like this more than thousands mobile Apps are has gaming facility and some of them had been downloaded a millions times, its number is still increasing.

If we compare Applications platform, then Android is on top where most of the application is downloaded and its user is in excessive because its user is too much in worldwide and android platform is mostly used due to its user friendly interface. So mostly Mobile Gaming App is launched here and downloaded from here. But in some cases, some people are so highly interested in games that, they become addicted to it and gaming is addiction for them. It is very bad and due to this, we see a bad impact on your life. Due to addiction and its bad effect we can see in our lives and it is very negative. Below are given many problems that are faced by a game addicted people like-

An unusual stress is found in that kind of person, it has basically happen when a person have a desire to get their aim like they want to clear particular stages and achieve their goals, but they fail so when they are unable to qualify a particular stage in games then they try a lot and due to some reasons if it not cleared then they automatically gone into stress. It is very bad for a healthy and normal person. And this cause forward a normal human to insane stage, from where come back is too much hard and some people opt suicide due to stress. So we should care about this and a limited use of it should be done.

Gaming addiction is very bad for us because sometimes it leads us to depression and we even don’t realize it that we are in depression, it is a stage in which we avoid our regular life and also avoid necessary things in our life. In this we ignore our basic necessities and all time we spend on playing games and if we stuck in particular stage and if it is not clear then we don’t notice on time and we even don’t imagine that a full day continue we are playing that game and thinking about this. So it is a stage where people dream about another world that is not real and we can achieve it and they live their life by living in that kind of dreams all day. So games are also having pros and cons like they kill our free time, but they also spoil our time and life. Sometime we endanger our life that we can’t imagine.

When we excessively use games though mobile Apps then we spend our full time on focusing games, in which we don’t follow nature rule like eating, working, sleeping and we miss our daily routine due to excess of playing mobile games. If we will not take proper food, then it will directly impact on our body and mind. So, when we get the addiction of mobile games, then we ignore taking food on time and later it causes our big health problem. So this is the primary negative effect of gaming addiction.

When we are having fond of mobile gaming then we don’t take proper rest and it is very necessary for our body to take proper rest and if we don’t take rest on a long term time period then this bad habit leads us to insomnia (it is a kind of disease in which a man don’t sleep sue to various negative effects on life). It is a bad stage, in which a man can’t sleep for a long time period and live in awakening stages. So when gaming habit changed in addiction then it is a very bad effect on our body and our lives. Insomnia is lead to death sometime so we should opt prevention and play games for a short time of period. So it will be safe and we can enjoy playing games.

Sometime gaming becomes an addiction and its negative impact on our life come in front of us. Like any other mental and health problem. Seclusion and isolation are more dangerous than any other, in which we want to live alone and we reluctant to any other thing and want to spend time alone for thinking a particular thing and in this situation we don’t take interest in anything but just want to kill time lonely and later this leads us to madness. We become so rude and stubborn that we just want to spend time with playing games. Their main object becomes a game and to clear next stage, if they fail to clear next stage, then they become rude and psycho, and make irregular behavior that is totally insane. They spend continue multiple hours on playing games and if they don’t success in particular stage, then they take it as a challenge and face it,  very hardly and in return they get only diseases and many health problems that cut you from normal  and healthy life. 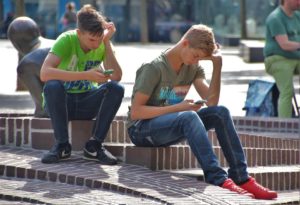 Sometimes more than limited excess leads us to physical disorder. While playing games, we mostly use our thumbs and thumb’s area, we press a lot, then due to its excess uses many disorder arises there like thumb, wrist, and eyes and in the body we find out many irregularities and bad effect that causes a big problem and all that happen due to excessive use of Mobile gaming Apps.

So having that entire problem we should make limited use of it, we should use precaution and precaution is better than cure. We should keep an eye on our children because kids are easily addicted to it and them like mobile Games a lot. All games are easily available on mobile Apps so it is easy to get in the trap so if we will be aware regarding of it then it will be good for us. Mobile game Application is a boon or curses both, it acts as we take it. If we are using it in a proper way then it has no side effect and it is good for us, but when cross our limit then, we have to pay for it as a big loss, so we should be always careful about this.

As new problem is occurring due to mobile game addiction, then Mobile Game Application Development Company is focusing on a different kind of App, in which they are introducing a new system like when you are unable to clear a task in game,  then its functionality gives us a limited attempt in a particular time period so we can easily remove our addiction problem. Now a day’s Apps is being smart and its function is so creative that a man can easily get in trap of attraction so limited uses of a particular thing can save us from this problem and it is very necessary. Like candy crash game, in which after three attempts of a particular steps a time limit show on your screen and you can use it again after passing that time, so this time Mobile App Development Company is developing smarter App that improving people life and not spoiling them. There are many more ways by using App developer are reducing its side effect and that also stops us to being addictive of it.

In recent technology oriented era that is totally transformed in a new way and has become so advanced that we can solve any issue with the help of technology and technology is helping us a lot and using these technologies, gaming application are introducing a new and smarter ways to entertain and enchant you in a healthy way with no side effect. Due to using safe and highly interesting technology people owe it in regular life and changing their opinion curse to boon.