The war between Android and iOS has always been limited to phones. That is until wearables started to grow in popularity a little over three years ago. 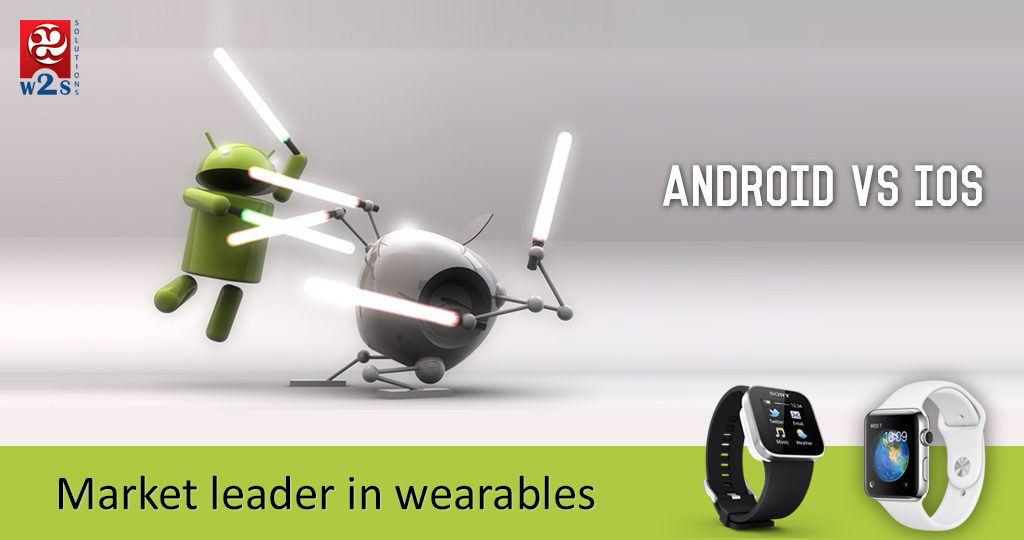 It is not surprising why wearable tech is taking the world by storm. It is changing the way humans interact with machines. This technology has squeezes many of the cutting-edge features such as voice control into a device that is designed to fit on the body.

Android has been on the cutting edge of smart technology for years. Because it is open source, the software can be easily tweaked to suit different devices. It is therefore not surprising that many wearable device makers have integrated the operating system in their devices.

Apple took some time to enter the wearables market. By 2014, the leading operating systems in the market were Android Wear, Android, Linux and Tizen. However, the introduction of Apple Watch changed the wearables landscape.

Research data from the beginning of the year showed that the Apple Watch was the most popular smartwatch with first quarter sales estimated at 2.2 million. While these figures were high, it was a significant drop in market share from 63% to 52.4%.

The large market share that Apple Watch enjoys is largely as a result of its loyal fan base. It may also be attributed to the growing availability of iOS apps that are designed specifically for use on smartwatches. WatchOS has now become the measuring stick against which other smartwatch platforms are being compared to. The OS’ momentum is expected to increase in coming years.

However, Android isn’t to be taken for granted. Although the lion’s share of the US market has been taken by Apple, the global market belongs to Android. With a market share of slightly over 13% in the US, Android is building momentum to give Apple a good run in the coming years. The huge and open platform has made the industry unpredictable. Android Wear’s market share in Europe stood at 71% in 2015.

Why Android is still a threat

While Apple may be enjoying a large share of the wearables market, there is no time to relax. Android is still a steady contender for the title.

It is still difficult to say who lead the charge in wearables in the next few years if the statistics are anything to go by. Android is making waves in the global market while Apple continues to dominate the US market.

The only fact you can be sure of is that the switch to wearables will see the industry grow in leaps and bounds. Apps development for wearables will decide how It will penetrate with customers and their daily lives.

CEO at W2S Solutions
Madhu Kesavan is an IT Entrepreneur and CEO of W2S Solutions.He helps businesses to resolve their problems with IT solutions. He believes that Innovation requires a combination of knowledge, skill and courage. He also encourages and guides young people to focus and help them grow.He leads a team of developers, designers and engineers; As a team, they build visionary Apps.