Influencer Marketing and How to Implement it 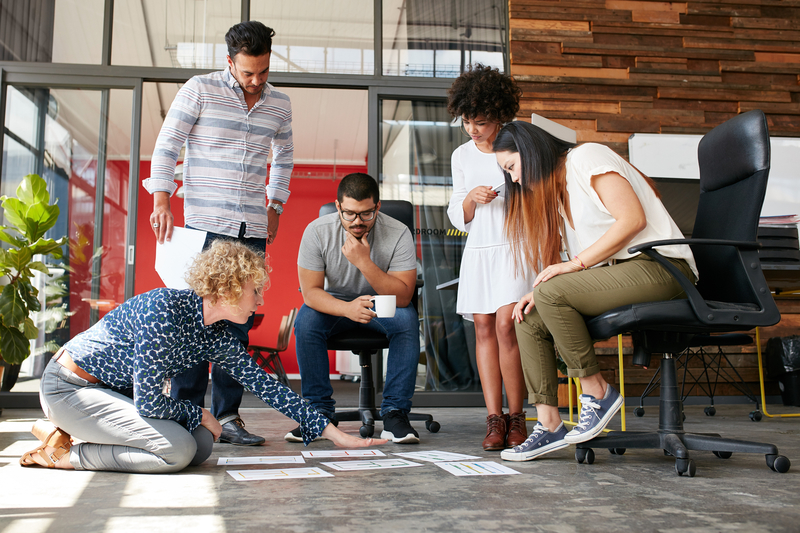 One of the aspects of marketing that fascinates me the most is the evolution of marketing tactics throughout the years. 60 years ago, you could come up with a catchy jingle, a vaguely positive message, make sure that at least one of your ads was constantly in people’s faces and you had a solid marketing strategy in place.

But those were the consumers of old. For starters, consumers aren’t nearly as receptive to those kinds of ads. Partially because they’ve built up a tolerance to it, but mostly because that’s just not where their attention is. Most of the people that we want to sell to aren’t reading newspapers or taking cues from a billboard.

Despite all of the changes that the marketing industry has undergone since the ‘Mad Men’ days of old, the general concept of success in marketing has remained the same. Having effective marketing campaigns boils down to marketers finding ways to gain exposure for their ideas. Everything that you do as a marketer is trying to facilitate that process, by either developing the right idea or finding the right vehicle to spread that message.

Like I alluded to earlier, the traditional method was using passive forms of media to maintain a steady stream of exposure. Or in basic terms:

And repeat until the entire world has bought your product. Which works great — if your audience has no choice but to read and sit through your ads.

But we don’t live in a time where that’s feasible. Most of that platforms that people use today are highly interactive. If the modern consumer doesn’t want to see an ad for your product, believe me when I tell you that they have more tools than ever before to block you out and ignore you. In fact, the more you push up against that wall, the more likely you are to annoy and frustrate your audience.

So with that in mind, what exactly are you supposed to do? Well, the marketing concepts haven’t changed. You still need to spread your message somehow. But instead of trying the same old tactics day in and day out, it may be time to consider some nontraditional marketing techniques.

Despite that introduction, don’t think that influencer marketing is some shockingly modern tactic that only came into existence five years ago. The reality of influencer marketing is that you’ve probably been exposed to it your entire life. Case and point: Michael Jordan. Whether or not you ever bought a pair of his shoes, you’re probably aware of the global obsession with them.

Jordans are nice shoes, but that’s not why they sell. The branding is what turned an athletic shoe into a global phenomenon. And while that branding has expanded over the years, at the very beginning of their existence, they relied entirely on the star power of Michael Jordan, arguably the greatest basketball player in history.

That’s the power of influencer marketing. Whether or not Jordan had anything to do with the creation of the shoes didn’t matter. People wanted those shoes because it was his name and face representing them.

To be fair, celebrity endorsements aren’t really the topic of this article. At least not traditional celebrity endorsements that cost millions of dollars. Those are great, but definitely out of reach for the average small business owner just trying to find a cost-effective way to raise awareness for their brand.

Fortunately, the definition of influencer has grown significantly. Consumers look to fellow consumers on information when it comes to shopping, and with the explosion of social media, it’s never been easier for brands to identify and team up with the influencers that’ll get people excited about their brands.

So, how exactly can we define an influencer? The easiest definition would be to look for the most trusted voices in an industry. It may too vague at first, but the reality of digital media marketing is that word-of-mouth has serious power over a person’s purchasing decisions. The closer your brand can get to word-of-mouth advertising, the better.

Influencers are more than just the middle-man for you and audiences. They’re often the only reason that audiences know about your brand or trust it. An influencer in the makeup industry, for example, is going to have plenty of influence over their particular audience and the makeup community in general. An endorsement from a person like that has the power to not only increase the traffic to your social media platforms, but can even end up directly selling your product based off of their recommendation.

So clearly, influencers have power. The real issue is finding these influencers and convincing them to partner up with you.

What’s important to keep in mind about influencers is that not all are created equal. If you want celebrities, be prepared to pay quite a bit of money for their instant brand recognition. Fortunately, that’s hardly the only kind of influencer you can work with today.

Sometimes the most influential ones will be the journalists that cover your industry. Other times, you’ll want to partner with an online industry experts/celebrities. Depending on what kind of industry you’re operating in, you may even want to find academic influencers. At the end of the day, the kind of influencer you’re getting isn’t nearly as important as the characteristics of your chosen influencer.

How big is their audience? Are they credible in the industry? How often do they take sponsorships? Do they really believe in those products or are they just doing it because of financial incentives? These are the things that need to be taken into account before choosing an influencer.

If you’re wondering where you can find these influencers, you won’t have to look far. Youtube, Instagram, Twitter are all going to be great starting points. For starters, it’ll be easy for you to search within those sites and identify the people who are getting the most retweets, followers and views. Once you’ve managed to do that, it’s time to determine the perfect influencer for your business.

Typically, the best influencers are the ones that balance creating content with curating it. These influencers create reviews, skits, vlogs that provide value on their own. In the same breath, these influencers should have a history of guiding their audience towards high-quality products and services (namely, yours). As long as they have experience doing both of those, your business can benefit from their endorsement.

Convincing influencers can be notoriously difficult if you go about it the wrong way. As enticing as money can be, leading with that can sometimes be the wrong approach. Influencers want more than money from you, they want social proof of their wisdom. Which makes perfect sense: no person in their right mind would implode their audience for a product that ruined their credibility at the price of a few dollars. They like being paid well, but they’re much more willing to team up with you if your product/service is actually the best in the industry.

Our rankings are completely independent, transparent, and community driven; they are based on user reviews and client sentiment. These affiliate marketing companies had to earn their way up and didn't just pay their way up.