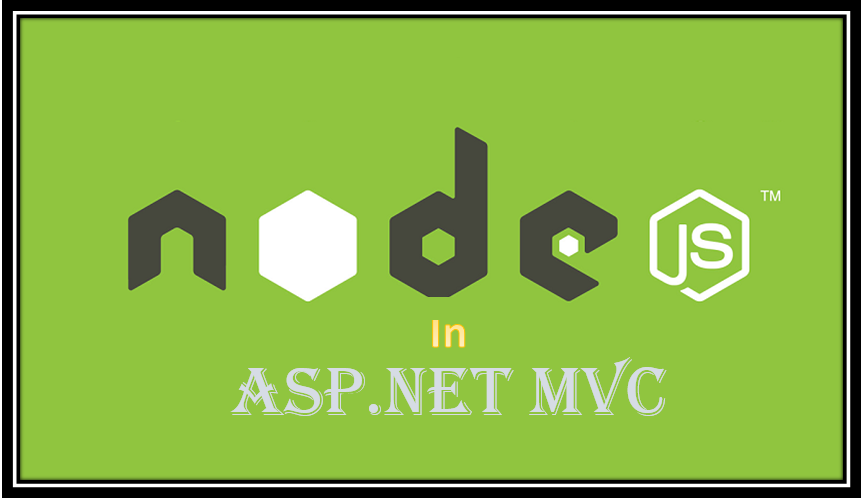 You will read about the concept of Node.js and its implementation in asp.net mvc in this article. Asp.net development company experts have intended this post for entire community of asp.net and developers that wish to work and implement NodeJs in mvc.

Web applications these days have changed drastically from the early stateless implementation of request response to asynchronous channel allowing two way communication between the client and the server. Along with this change, JavaScript has become omnipresent. It is used in mobile apps. Databases, web applications etc.

The concept of Nodejs came in between these trends and allowed developers to create network applications using a core library that will make the best possible use of the I/O available.

Node is basically a platform created on JavaScript runtime for making scalable and fast network applications easily. It makes use of the event-driven model and non-blocking I/O. 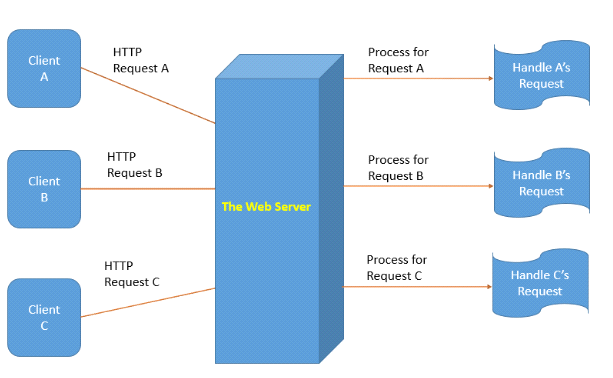 Node.js uses an event loop that runs within a single thread. The JavaScript runtime contains a message queue that stores all messages that needs to be processed along with their callback functions. The messages represents the I/O calls having the registered callback. On completion of the I/O operation, the corresponding callback function is executed and the callback is inserted in event loop. Hence node can handle multiple operations in background apart from being as single threaded.

The below figure represents the event loop. 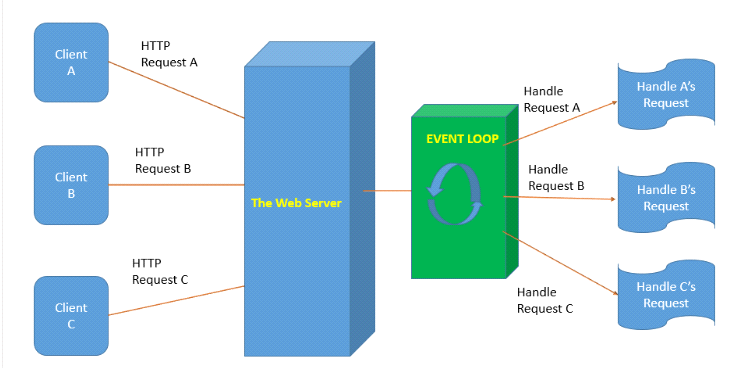 As shown in the figure, there is a single thread to process all requests. Hence there is lesser memory use. Also, CPU utilization is less because of no context switching among threads. Node.js is very effective for applications that uses intensive data.

Node.js contains many built in modules providing a set of features for creating solutions based on node.js. These modules are loaded using the require() function. The identifiers of Node.js modules are passed to this function. Node contains three types of modules: file modules, external modules and core modules.

Modules based on files have following specifications:

In node.js, a module is loaded on the basis of its path. If its path is not specifies and the module is not the core module, then the Node will search the node modules folder.

These modules are available from third party sources and helps in providing rich functionality. These includes the modules for testing, document databases, relational databases etc. Programmers can build their own modules and upload the same on GitHub. Following is the utility used to load the modules:

BUILDING AN MVC APPLICATION WITH NODEJS

The above command will install all packages needed for nodejs.

Now it is required to specify the way of configuration for the application. Add a file named as index.js in the directory.

Create a definition for app as the web application of expressjs as shown below:

Configure the application thereafter as shown below:

Now add models and controllers to the application as shown below:

Create JavaScript objects for the models as per the requirement.  Finally add a listener to the init.js file.

It is very easy to define controllers with express. Every action in a controller is a method that is defined by POST or GET, a function and the URL to call. A controller looks as follows: