The Future of Mobile Game Development 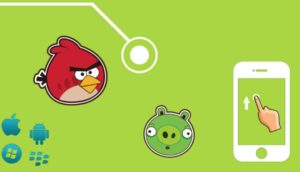 In today’s mobile world, it is hard to live without mobiles. While smart devices virtually carried the world at our fingertips, these devices are much easier for playing games ether online or offline. Nowadays, it is common that people playing games on their mobiles in free time, for example, while traveling or waiting in a queue. Mobile phone allow many gamers to play their favorite game anywhere. There is a huge increase in the mobile game players in recent years as people prefer to play on their mobile. 50% of revenues generated by the mobile games market and mobile gaming apps future is very bright. Many of the companies are generating huge revenue due to excellent demand and popularity of the app. Mobile gaming is growing as number of smartphone users increasing day by day. Computer gaming becoming less active than the mobile gaming. As People like to play games more on their mobile rather than on the desktop. As mobile apps takes less time to operate and access, less RAM is used and there is no space consumption problem. So why to download the game when you can have an app which gives better user interface and visual effects. Mobile Game Development Company has gone through several changes in developing the gaming apps which provides user interactivity and attractive design. Mobile game developers has switched to GUI development which gives a great user interface and focus on developing gaming apps mainly for mobiles as most of the people uses smartphone regularly. Mobiles games can be run different devices such as iOS and Android. When it comes to gaming android is best platform as android users can easily download the apps from the app stores while iOS provides much better visual experience but the security level is much higher. Require different technologies and tools for developing gaming apps which provide great visual appearance to the users. There are many new and latest technologies that are used to create the gaming apps more flexible and robust.

Now gaming industry is ruling the app development market as there is a huge demand for mobile games. . Today there are more people than ever with smart phone, which means each one of them has access to these mobile games. More and more development companies are growing into this mobile game market simply because they want to grow their reach. The developers are building games that includes argument reality, virtual reality, 3D, cloud based games which are more interactive but takes a lot of efforts in developing. The argument reality (AR) gaming has changed the world of mobile gaming such as Pokémon Go that provides an user experience to connect objects with real world. AR has gain more popularity and the future of mobile gaming world. Developers are responsible for making interacting and attractive gaming apps for user so that they do not need internet connection for playing online games. The games getting popular like Candy Crush, Angry Bird, Pokémon Go etc. involves huge users or gamer and getting popular day by day and also increasing revenue. While many users are playing games on their mobile that connects them easily, provide fast access and user interactivity. The gaming industry is moving so fast and increasing day by day. Many of the mobile gaming apps uploading on app stores, but some of them got more popular just because of their popularity, user interface, attractive design and some are based on augmented reality which connects users with virtual objects and user experience a virtual world in real time. Today games are being developed for web, mobile or VR headsets, developers need to code in similar and effective designs. The main focus is on enhancing performance and enabling the user to maximize the play time. The native game development is also increasing and providing the framework for creating apps that are user centric. The virtual and augmented reality will be part of the gaming kingdom in a big way. There will be also be more real time multiplayer. The future seems bright with augmented reality coming to the prospect. All those who can adapt changes to the new technology can make riches apps. There are different types of Mobile gaming that are leading the gaming world:

Virtual Reality the application for 3D environment, which let user experience the 3D environment while playing the game. Virtual reality games are made by VR software and connects users to the virtual world. VR gaming involves the 3D images that get explored while playing, includes VR headset wrap-around display screens and VR rooms augmented with wearable computers and sensory components that creates an virtual world to the gamers. VR gaming used projector rooms and multiple screens and  control may involve a standard keyboard and mouse, game controllers or motion that capture methods Provides similar methods and great experience to  the user’s and  feelings of involvement within the virtual environment. The gaming industry has seen many evolution so we have also seen the advancement of video games in terms of its graphical quality, as more effects have been added and used to provide the virtual reality effects to the users. Not only 3D technology is used leading the movie industry but also having a huge impact on mobile gaming industry also. The demand is increasing for VR games and in future it will lead the world.

Augmented reality is one of the great technological advances that will influence the lives of many people, especially gamer. Augmented reality is the integration of audio and video with user experience in real time and creates an environment with the user’s environment in real time and gaming uses the existing environment that creates a playing field within it. While virtual reality games require specialized VR headsets, only some augmented reality systems use them. AR games are played on devices like smartphones, tablets and moveable gaming systems. The basic idea of this technology is to use devices to overlay computer graphics and sensory enhancements over a real world environment, all in real time.. When used on a tablet or a cell phone, augmented reality will feel like a magic window and there are already hundreds of apps that are available. Like Pokémon Go is trending using the AR effects uses smartphone, camera, GPS and location based augmented environment for the players to experience the objects in the real world as the screen displays real world experience while playing mobile gaming. AR is in constant demand and having a bright future in game development.

The growth of mobile gaming industry, leads to developing the apps and using it more earning profit as well. Mobile apps can be created for social, educational, sports, promo games, multi-player games that can run on android, iOS smart phones, tablets etc. Monetizing a game is the leading way to decides whether a game hits the market or not. Developer’s team has expertise in building native and cross platform games with rich and immersive gaming environment. Our game development processes include visualization of the mobile game idea, documentation, designing, coding & adding animations, deployment and launch to App Stores. These days lot of gaming companies in India are developing gaming apps especially for mobile. Future of the game development companies is good as we can find many game artists, game designers and developers with excellent skills and passion for developing apps efficiently. Nowadays most of the gaming companies also organizing programmer for the people who are passionate about gaming and wants to make their career in the gaming industry. The game development will rise with .the use of better technologies and tools for developing interactive apps. Mostly used techniques like AR, VR leading the world and we need more skilled developers to create apps and increase more users. Therefore, developing the best strategies that suites all kinds of devices and screens. Why we need innovative mobile apps:

Gaming has created a boom in mobile app industry and the gaming industry is heading towards unexplored region, and always exploring the limits by offering the apps which provide user interactivity. Newer and better technologies are making game development an even more interesting field to work with. We would be playing virtual reality games when it come up with even more amazing stuff. As a game developer, they more control on creating the and how to covert to reality for user to experience the virtual world. The future of mobile gaming is very bright as we can see that clearly from recently released games such Angry Bird, Candy Crush, Pokémon Go etc. as the time is not far when we will be playing games with real character. It might be possible with 3D that you might be able to have real gaming experience. But the competition is growing so much that developers need to create more interesting apps to stand in the market. Now graphics are very important so to obtain a great GUI you need a suitable development tools for your game. The mobile game app development future is bright and one thing is for sure that the next generation of game developers has a tough competition ahead with great mobile gaming applications. And, to stand ahead of the competition, it has to offer a bit more innovative and tempting apps to users.