BLOGs
Software
Home / Software / Why is ASP.NET MVC so popular?

Why is ASP.NET MVC so popular?

The popularity behind the latest version of ASP.NET could be because that it is indeed a stable and advanced web development forum for creating mind-blowing websites. Used for creating frameworks and templates among others, ASP.NET still retains its existing features. Though not that popular among startups, freelancers and web developers who make public websites, ASP.NET development companies claim its use for small enterprises. Earlier, Microsoft did face problems while maintaining two separate code bases; later, its open-source policy has improved the ASP.NET community a great deal. Therefore, with its existing features and improvements, ASP.NET has a long way to go. 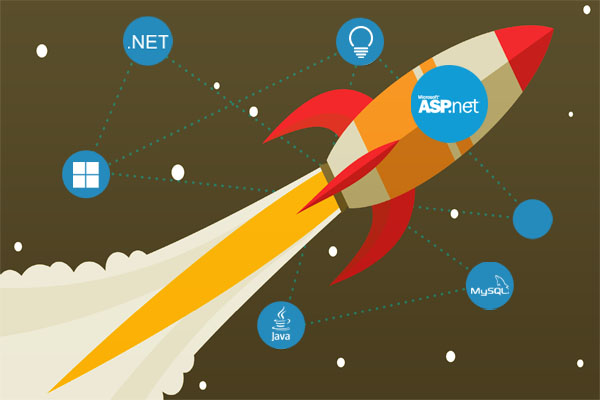 1. Complete control over your URL and HTML page

ASP.NET MVC 2.0 is a free web framework created keeping both SOC and test ability in mind. It gives you a completely new experience of using web forms in its compatibility with AJAX and test-driven development. Moreover, ASP.NET MVC can be implemented on a number of common operating systems like Linux and Mac along with the original OS, Windows. Visual Studio is the tool for the development of ASP.NET which helps in the development of applications in the Mac OS as well as Linux. It is one of the most powerfully-integrated programmes as it finds out and solves errors in your work.

ASP.NET MVC is an open source web development forum which helps to maintain flexibility in the environment. The flexibility of the web development forum allows the user to add various components such as the .Net Core Libraries, ASP.NET Core Framework libraries and the NuGet Package Manager to handle runtime according to the requirement of your project. The flexible framework of the ASP.NET MVC allows for cloud operation support too. It also supports all the existing features of ASP.NET such as authorization and authentication, data binding, master pages, memberships, routing and user controls. Moreover, the components of ASP.NET are interface-based and are good for applications which require a large number of web developers.

Programs based on the ASP.net MVC use controllers; however, the user is responsible for the viewing and exposure of information to the other controllers. Usually, such requests are entertained by working on the required method on the controller class. To cater to more user requests and to maintain the page state, post backs, view states and server controls are generally not needed. In IT industries, ASP.NET MVC is mainly used to handle HTTP requests. The URL in this case only consists of the basic routing details, such as to find out the main target controller. Therefore, ASP.NET MVC is not dependent on server controls (Internet Information Services) for its functions.

4. Is one of the best user-interface libraries

ASP.NET MVC is a complete user-interface library in itself, but it is also part of a much larger library by the name of .NET Framework. These libraries can work with XML files, and to use asynchronous programming in different ways to perform out-of-process tasks. It is also possible for ASP.NET web developers to create applications that use their libraries as compared to Windows user interfaces such as Windows Forms and Windows Communication Foundation. It has also been many a software web developer’s opinion that ASP.NET is based on a much more commercial background than other user interfaces.

5. Creates a variety of web applications

7. Testing with the use of xUnit.net

As compared to previous ASP.Net versions, ASP.NET Core MVC has xUnit.net as a replacement for the Visual Studio Unit Test to perform testing applications, along with DI and interfaces.

Though the Support for Dependency Injection was present in the previous versions, ASP.NET MVC was using a third-party IoC container. However, ASP.NET Core MVC has a built-in DI, which can be used to support coding structure.

Newly added to ASP.NET Core, the Tag Helpers help your side-server code to build and render HTML features in Razor files. These can be used to define custom tags, modify existing tags or replace HTML helper methods. Tag Helpers are also compatible with the Visual Studio and IDE for the .NET Framework.

Thus, we see that ASPP.NET MVC a whole lot of advantages over its previous versions. Web developers build advanced web development apps combined with great user experience. With so many enhanced features, it’s no wonder that ASP.NET development companies have surpassed their competitors, and are the standard choice of many web developers.