Apple mobile app development industry frequently makes a huge difference as it provides innovative apps with many exciting features. Every new version of operating system will bring new changes. With the iOS app development the demand is increasing as there are new versions updating regularly with the new and latest features developer can make more powerful and interactive application. The developers are using the new version having features which are more easy to use and variety of added functionalities. Developers need to adapt the changes before the release. The recent introduction of the AR tools helps in developing innovative apps and developers needs to get the opportunity to speed up the development process. With iOS11 there are incredible ARkit for developing apps including the SDKs brings the argument reality experience to user.

OS is the major part of any mobile application while managing and performing the task easily. iOS11 is the newest and latest version updates for Apple including some of the new features such as new APIs, multitasking, Argument reality and many more. While iPhone App Development Company bringing new versions which focus mainly on developing the apps and upgrading their OS which leads the business to the higher level and provides end to end solutions to customers. Apple has recently launched the iOS11 with all unique functionalities such as VR(Virtual Reality), AR(Argument Reality) and many other features that will be able to meet the expectations of users. The last versions APIs doesn’t support in many older devices, so iOS11 all set with the new and innovative technologies and provides quicker access to the features. It is a major step taken by Apple that help mobile app developers to create the app which provide great user experience. Here are some of the advanced features that developers need to know which will let them understand more about iOS11 development: 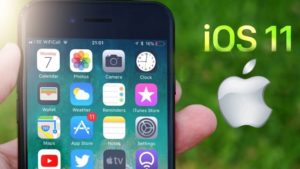 Argument Reality is widely spread over the mobile app development. AR kit provides a framework to provide an agreement reality experience to the IPhone users. OS11 including the ARkit functionality to provide user a great involvement in the real world gaming. Apple provides toolkit for making AR more interactive and easy to access. Developers will create the apps with the existing frameworks while using the SDK that offers the virtual objects get connected to real world and creates the AR experience. AR kit offers framework which help users to get connect with the all-around objects. For Example Pokémon GO game got as popular as it provides an AR experience to users. Not only in gaming apps one can get benefits of Argument Reality with other apps also. This is one of the coolest feature that Apple could have earlier.

CodeML provides a machine learning framework that runs on mobile operating devices. While machine learning has become very easy and quick, by CodeML technique. It offers fast performing, interactive line of codes that provides rich featuring apps. CodeML can easily integrated with other apps such as Camera, Siri and lot more apps. CodeML includes face detection, text detection and enable developers to create applications based on machine learning. A phrase written in machine language can change into the language which user can understand easily. CodeML also do image acknowledgment through in built libraries and can built apps within less time. With face recognition with the camera APIs to identify and authenticate the identity, machine learning is the right technology that apple has made for easy integrating the apps.

Apple embraces new functionality that is payment digitally through your mobile wallets. This feature is very useful and you can pay directly from one mobile to another. It will save paper money and leads to increase the digital payment system. Developers needs to create the apps which support the digital services and makes the apps more interactive then before. Users will able to send and receive money through imesaage or through Siri app. These imessage would bring the payment method person to person and also provides secure transaction of money online. The money you received in the apple pay wallet and will be easily transferred to your bank account. It encourage other people to use the online payment method with the integrated built in feature. This features is necessary and very well maintained by the developers and let the users to make secure payment with Apple Pay. 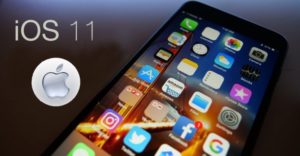 Apple Introduces the SiriKit which will let you enjoy the features by audio accessing the commands and by voice interaction the apps can operate and you will get the control. The ability to translate many of the languages for more simply understand by the user. The SiriKit has been updated than in previous version, now in iOS11 the added features makes it easier to use. By simply voice command one can easily search on Google. Also through voice control you can get the bank detail, make lists, create notes, and edit the details and many more things. The voice command interface is very good, provides a faster way to launch an app. It is an interactive process as within few seconds you will get access and there are many benefits over it that will make the user to choose this feature more frequently. It an amazing add on feature that will help in easy understanding.

This feature let the developers to redesign the applications and makes them more useful by making changes and providing rich user experience. Also providing the new separate gaming section which is designed for new and popular games updates. While adapting the new functionality, more users get engage and involvement is also increased. Users can preview the apps before execution and also get the new collection that are redesigned. While redesigning the apps can give developers an interface in which they can re-designed many applications for more user engagement and opportunity to enhance the application according to user’s requirements. This feature is getting popular and essential for users to explore the benefits.

Apple provides a framework Barcode Recognition that offers codes for allowing users to access the app or website that are useful in booking tickets or making any online purchase. While scanning the app this code reorganize the image and grant the permission for further activity. Earlier the scanning might be difficult to handle but now with the new iOS11 it makes easy and automatic Barcode Recognition. For developers it is useful in creating the apps that serve quick access. This feature is very essential and useful for improved performance of the apps. For example: while making payment for eCommerce sites, barcode generates and after scanning the proper code you will able to make the secure payment. This is very useful feature and makes app successful.

Apple has launched the tracking detection object that will helps user to easily get the area where your application is working. Through different objects tracking is done for different apps. While travelling you need to know the exact location for visit, while through object detect you will find the easy way of tracking and get all the information about it. Although tracking an app is very much useful for people to get the exact point where they need to go. The feature let you track the locations where the place is situated and guided throughout. So this feature is very essential to include and make it use very often. 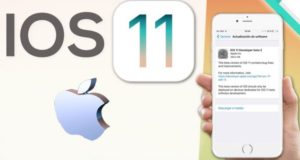 iOS11 having the ability to record a screen while earlier this feature is not included. These recording tools include countdown that starts before the recording and user can take screenshots and send the images to anyone. The new feature enables the users to easily record the screen and can share it quickly. It will leads to explore more devices and let developers to include more suitable and useful codes that are easily accessible. Previously screenshots are saved directly to the gallery, but know you can easily share them just by drag and drop the image and share them with any device.

Apple introduced new tool i.e. drag and drop which allow users to move item across different apps in similar way as just by pressing and holding the object through your finger. This new feature provides user an interactive UI and also give easy access to many of the developers. This is feature support in touch screens only and let the developers to drag and drop files easily in the apps like Google docs or office 365 with simple touch. Provides user a good interactivity and quick access to the applications. This feature is useful and convenient to transfer one file to another folder. And also supported features include sharing content through email, social media via easy drag and drop method.

Apple provides the music sharing features which let the user to create the account and get connect with each other’s and share the music easily through the apps. You can see others activity on the page and user will able to set the playlist publicly and privately also. This feature will leads to connect with many of the users and developer can suggest changes and make them according to users need. One can also record the songs and share them with the friends and also create the playlist according to requirements. This features do not require Bluetooth for transferring the music, user only need to make account for easy access.