How Android App Development is Beneficial 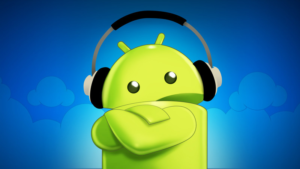 Android Application plays a vital role in the majority of lives. It is because Android hold the largest share in the market and is cheaper than iOS devices. This has amplified the Android app development and becoming a profitable deal Android app developers. A user can find a plethora of Android applications under multiple categories in the Google Play Store. Some are free of cost, while few charges a downloading fee.

It is always painful verdict to find out between Android or iOS devices which one is the best. But, as per researchers, it is revealed that Android leads the global market with a 76 percent market share. In fact, Tim Cook, Apple CEO himself said in one of the leading business new journal Businessinsider.com that “One of the main reasons iPhone is in decline is because Android has been surprisingly resilient.” So undoubtedly, Android is the most popular operating system used by people.

So if you’re thinking to develop a mobile app for your business, then it is the best time to hire professional Android App developers. Here are few reasons why to choose Android platform for Mobile application development.

Android is an open source platform, so as a developer one does not have to pay for mobile OS. Unlike iOS, Android devices are relatively cheaper. You can find absolutely appreciable Android smartphone for less than $400. Whereas, Apple users are left with only three choices starting from $400 and growing fast to $950 for the top model. Android devices which are under $200 are also greatly featured.

Android devices are enriched with fascinating features. For instance, if we see, water resistance feature of Android phones is commendable. It means the user can take their Android devices wherever they feel like on the beach, swimming pool or during a steam bath.

Apart from this, Android devices are also blessed with NFC (Near Field Communications). It enables the Android devices to share information or contacts with the other device is close to it. This also facilitates easy mobile payments! Another NFC option is a big advantage for Android platform. Users can buy NFC tag and program it on some action, like “do not disturb” on your phone. Wow, the user can rest without annoying notifications! Wireless charger is another where the fun begins! None of that still supported by Apple.

Android offers high-resolution screens of 1080p since 2012 whereas, Apple released their first Full-HD phone (iPhone 6 Plus) in 2014. Apple phones are stuck in this resolution, while other manufacturers install 2k and yet 4k resolution displays. Thus offering, the better satisfaction of high-resolution content, reading, videos and gaming.

It is another great issue for Apple users. If Apple users want to copy a file to the computer, it becomes a big headache for them. One needs to install iTunes and make an account and then follow the steps to operate media files and so on.

While Android, is a more simple way. One needs just to plug the Android device into your computer and search the external drive with folders and files, which you can drag and drop. You can also search your file system with pre-installed file managers or use third-party apps.

Mobiers Ltd. is a leading innovative Android app development company across the world. If you're seeking to hire brilliant Android App Developers, then Mobiers is the one stop solution for you. Our proficient team puts in all efforts to convert ideas into real-time mobile solutions.

Latest posts by Mobiers (see all)